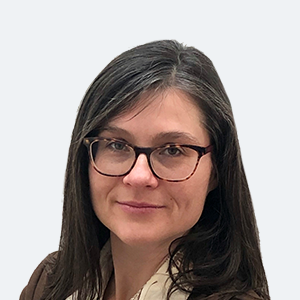 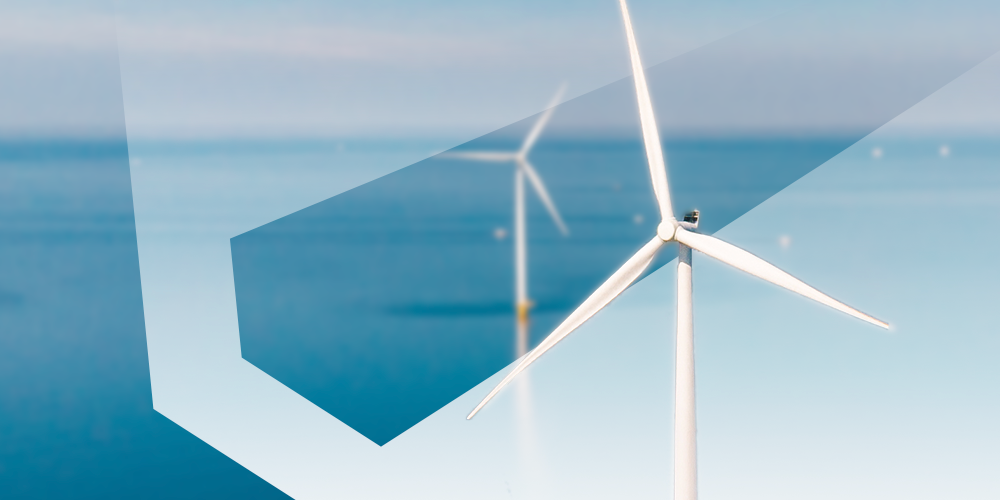 These questions are more pertinent as offshore wind costs, subsidies and margins reduce. Energy yield forecasts are a key driver of revenue assumptions— and therefore project viability. The accuracy of the forecasts is of paramount concern.

In a pilot study, Clir detected and visualized the generation impact of wakes on an offshore wind farm from a far-field neighbouring wind farm. The findings show a clear and material difference in generation between (otherwise) free stream turbines as they yaw into and out of the far-field neighbour's wake. The distance between the wind farm being studied, and the obstructing neighbour, is more than 20km. The results add to the growing evidence-base that far-field wakes are impacting neighbouring wind farm production.

The pilot study sought to identify the potential impact on turbine performance of external wakes over long distances. Wakes can result from nearby wind farms or landforms.

To do this, enriched data streams enabled peer-to-peer comparisons of operational turbine performance, as a function of wind direction.

Figure 1 shows the arrangement of the turbines analyzed in this study — from the front row of a larger farm — in relation to a neighbouring wind farm to the north, whose wake flow potentially impacts the selected turbines.

The analysis considered SCADA time-series measurements of the energy output of each turbine, across the row of free-stream turbines (T1 - T5). The analysis was limited to full 10-min periods of concurrent full performance operation, in wind directions where the wakes from the far-field neighbouring wind farm would be passing across the line of, supposedly, free-stream turbines.

The resulting data was presented on a polar plot to show the variation in concurrent generation between the free stream turbines, during normal operation, in each direction bin. For the analysis, two years of SCADA data was used to generate the results shown and the direction bins were computed from the average turbine wind direction value, in each 10-min interval. The accuracy and long-term consistency of the turbine SCADA direction signals is critical to the analysis.

The impact of far-field wakes 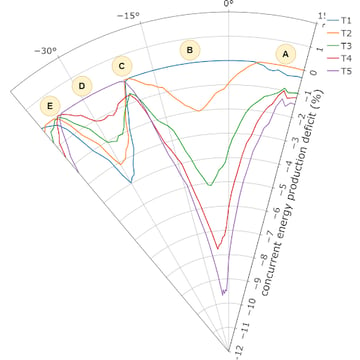 Figure 2 shows the apparent impact of the wake flow from the neighbouring wind farm on the relative performance of the selected turbines as they yaw into and out of the neighbour's wake. Specifically, the chart displays the concurrent energy production deficit of each turbine studied. This metric describes, in percentage terms, how much less energy each turbine produced, relative to the highest producer, in each direction bin. The highest producer is shown with an energy deficit value of 0.

Following the directions indicated by labels A-E as they pass counter-clockwise through the potential wake flow from the neighbouring wind farm, the observed behaviour is as follows:


The impact on financing

The results of this study support the possibility that external wakes, capable of impacting the energy produced by offshore wind turbines, propagate much further than is currently being modelled in pre-construction energy yields.  This fact may contribute to an overestimation of expected energy yield. Findings also suggest that current frameworks for wake compensation may not adequately reflect the impact from new far-field offshore wind developments on existing projects.

Further work is necessary and ongoing. Efforts include extrapolating the observed changes in relative turbine performance into annual energy production estimates. Additionally, further studies, with expanded suitable data sets are underway to empirically quantify the impact of wakes from far-field neighbours. At a high level, it is intended that this work can inform and support the next generation of offshore pre-construction wake models.

This piece was written in collaboration with Dr. Shane Butler and Graham More, and was presented at WindEurope in 2022. 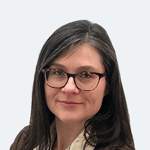 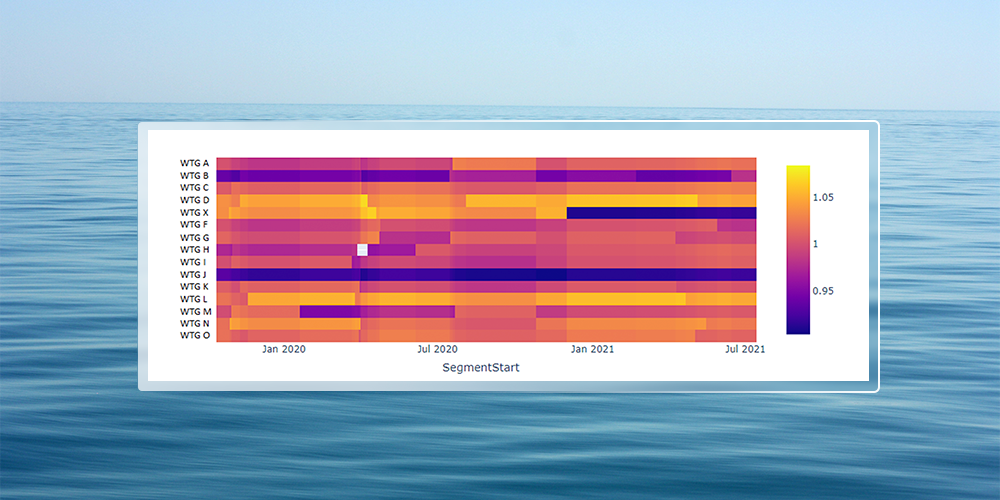 October 4th, 2021 Beyond the Dashboard: what's going on at your wind farm? When we first onboard a wind farm onto Clir, our software organizes the farm’s raw data into our advanced data model. A series of algorithms are run… 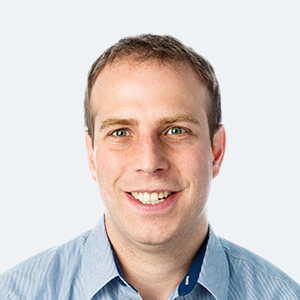 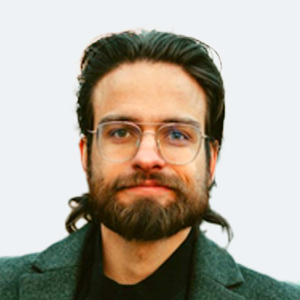 December 12th, 2022 How quality data enables deeper insights into wind farm performance How is your data integrity? Where did your data go?