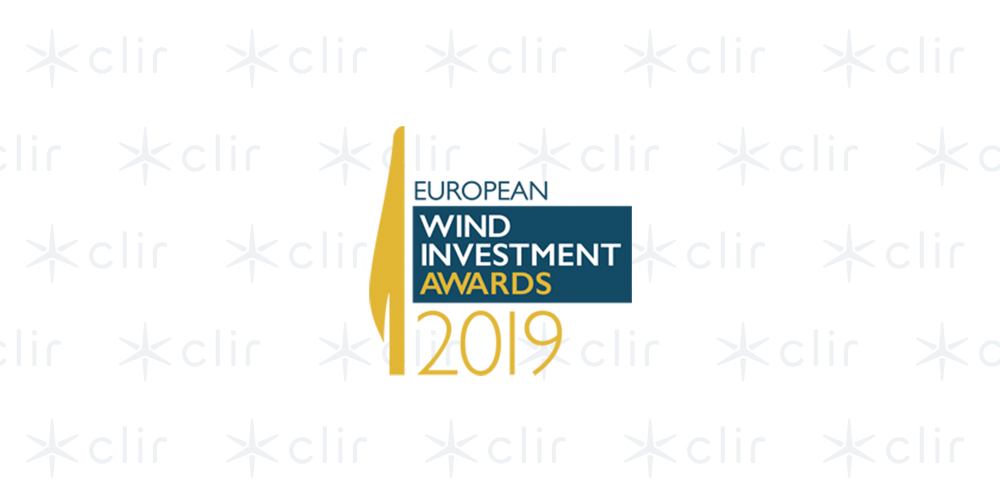 Vancouver based software company secures Start-up of the Year title at European awards.

Last Thursday in a London banquet hall filled with industry peers, Clir Renewables was announced as Start-up of the Year at the inaugural European Wind Investment Awards. Hosted by A Word About Wind, the awards celebrated best practice in the European wind industry.

In winning the award, the Vancouver based Software as a Service company was recognized for its growth in 2018. The host noted, “The judges were impressed with the Clir Renewables growth and achievements. An excellent product fulfilling a true market need.”

The Canadian company opened its first European office in July 2018 to support its growth in the industry. At the beginning of 2018, Clir Renewables had 1.5 GW of assets on its system, which grew to 3 GW by the end of 2018.

After collecting the award, Clir Renewables CEO Gareth Brown, said, “It was brilliant to receive recognition from our industry peers for the impact we are having on the market. There is a huge opportunity for us as we go into 2020 to roll out onto 100 GW of assets and drive up the financial returns of wind farms on every continent.”

By achieving Annual Energy Production (AEP) gains for clients, Clir Renewables is not only supporting owners increase project returns, but contributes to the ongoing transition to clean energy sources.

The Clir Renewables team celebrating the award win on October 31